We’re really happy to announce that SideNotes 1.1 has been released. It’s an important update and we would like to tell you how it’s been improved.

Firstly, we would like to say thank you to all SideNotes users! We're really grateful for your valuable feedback. We’ve received hundreds of emails since the first release. We’re really glad you love the app and grateful for so many feature requests. That motivates us to provide you even better version of your daily use tool. SideNotes 1.1 is the answer to feature requests that we’ve found most important.

What is SideNotes, anyway?

SideNotes is an app that lives on the side of your monitor and it works in a very distraction-free way. Our goal is simple: note it down before you forget it. This productivity tool quickly appears with moving a mouse cursor, by pressing a keyboard shortcut, or by a single click of the mouse. That reduces an effort of note-taking. Speeds up the whole process. And that's not it. The app has lots of other super powers. 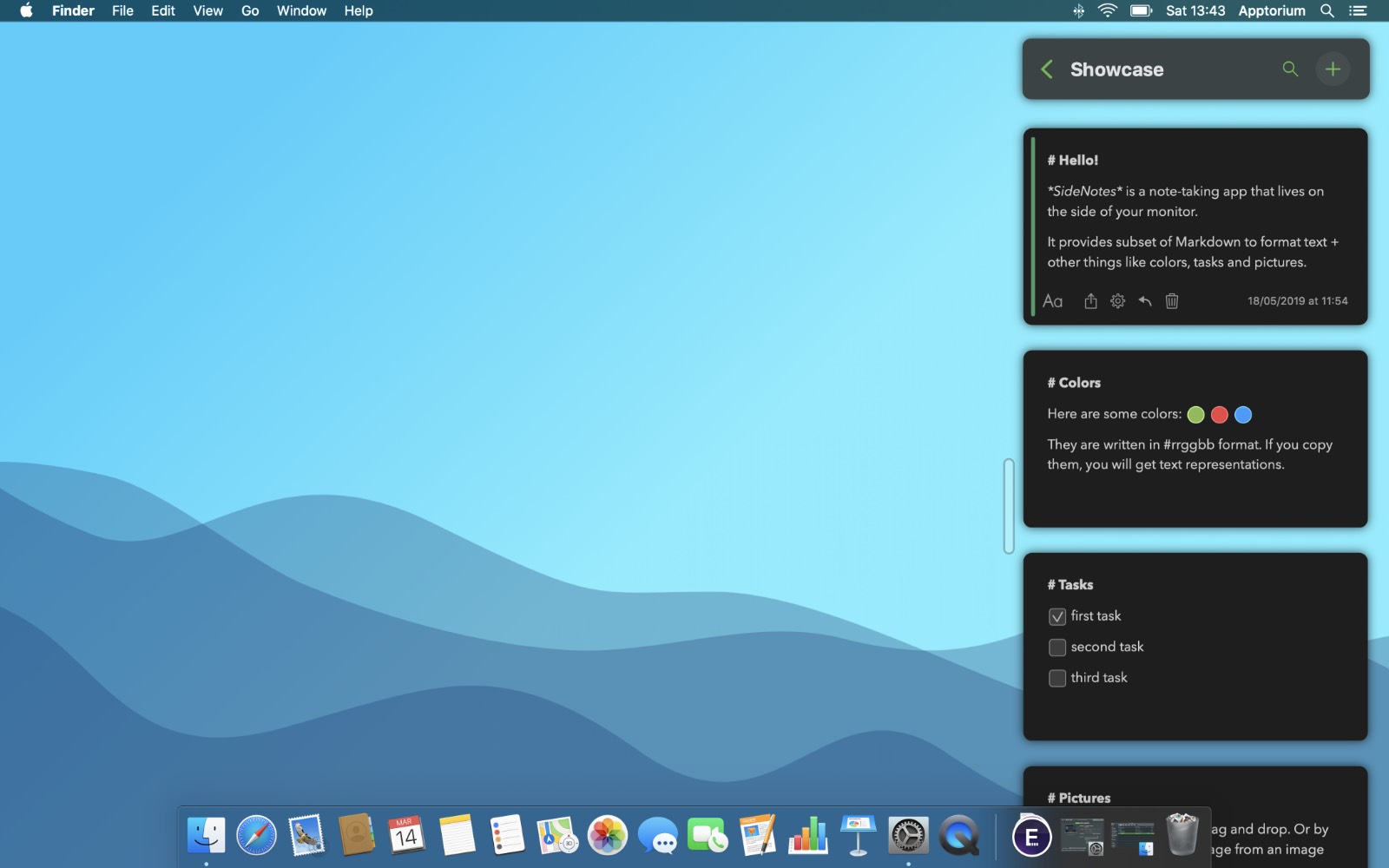 In this release we’ve focused on improving the app functionality. Here are key changes:

Of course, we've made other small improvements and fixed some issues. Full release notes you can find here.

For those who start…

and those who would like to know the app better, we’ve prepared Getting Started video. It’s available on our YouTube channel.

Well, our feature request list is still long. And we have lots of other ideas. Currently, we’re working on iCloud synchronisation which many of you asked for. Actually we've been working on it since the first release, but we had to make a break in order to implemented these features. We found them also very important. In the beginning we thought that iCloud synchronisation will be implemented much sooner, but it appeared that it takes much more time. And we want to make it well. So, we’re getting back to work.