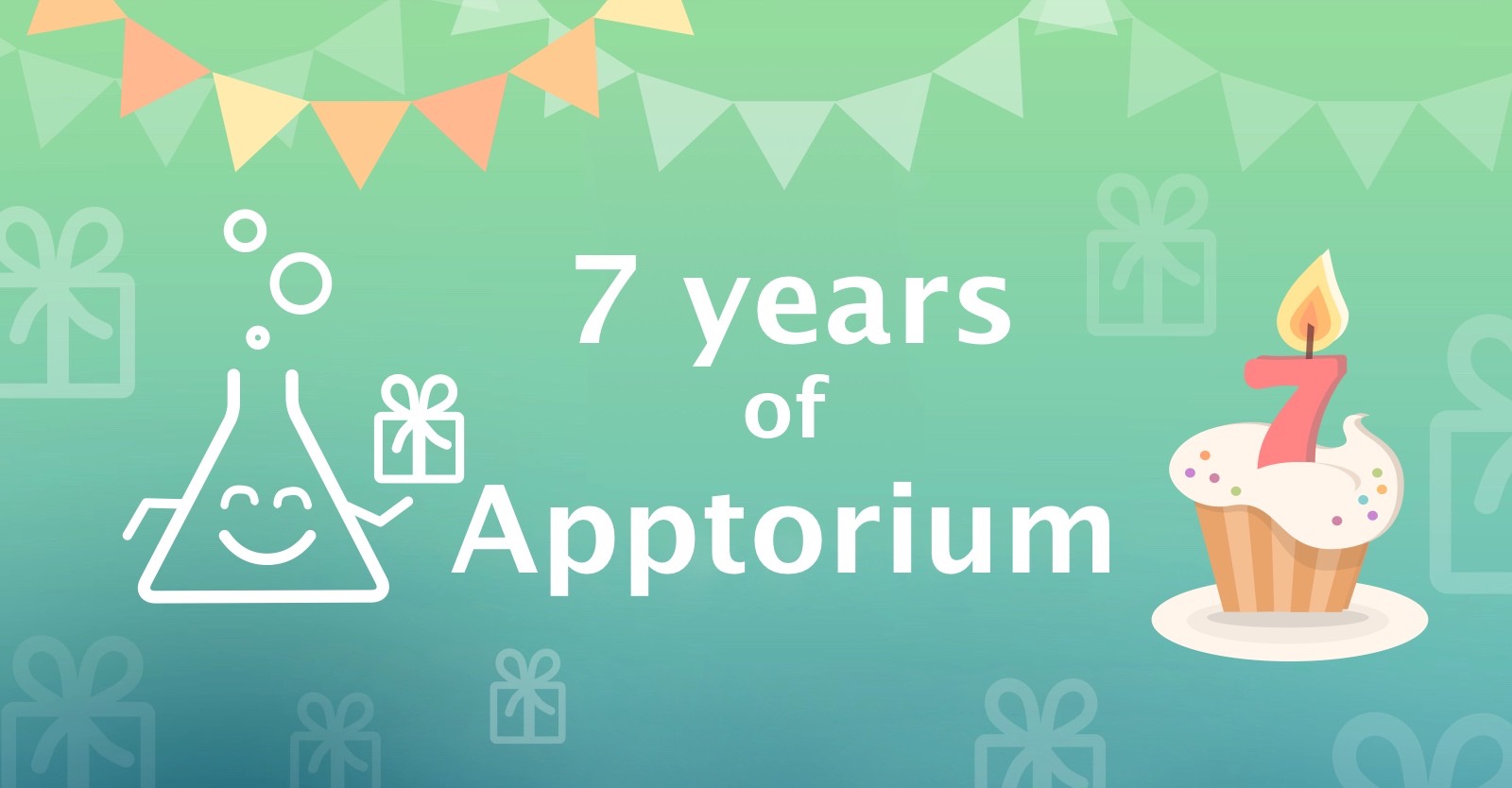 7 years ago I established Apptorium. Basically to work on iOS apps for my customers. Back in these days I was a freshly graduated Computer Science student with certain programming experience, a 13-inches, white MacBook and huge hopes. But the real dream was to make my own macOS apps for living. In spare time, which was hard to find in those days, I worked on Mac apps. Some of them have been successfully released, some were never finished...

The real work started about 3-4 years ago when I started working on TeaCode. In the meantime I came up with some other ideas and decided to make them first. You know - those small, nice apps, for example Expressions. It is an app that was made to help me to work on TeaCode. Or Workspaces – an app to organise all the mess around many projects. Me and TeaCode – it's a complicated relationship. Sometimes we had longer breaks (months sometimes) when I shifted to work on other stuff. But finally TeaCode has been released this year.

Two years ago I also hired 2 developers. Now we are the team of 3 developers and a graphic designer. Oh, I didn’t mention that. Graphics are made by my wife, Ewa. In the meantime, we had two adorable kids, who would make a great programmer and a cute graphic designer, as well - at least I hope for that... And that would be a brief story of Apptorium.

Last year was quite successful for us. We started to make living from our apps. We still have our customers, but it’s only a part of our time. The dream came true. 👍 Our apps got some nice updates and Workspaces joined Setapp. We also released Monologue – a small, minimalistic app to write down thoughts and memories. And, of course, ScreenFocus, our remedy for too much light and distractions from side monitors. It got quite a lot upvotes on ProductHunt. Finally, we released TeaCode, the app that speeds up writing the code.

Currently we are working on a few updates. This summer we are going to update Workspaces, Expressions, TeaCode and ScreenFocus. And we have some new apps on the way. Stay in touch!

I’d like to thank all our users for being with us. Your feedback and encouragement is very important for us! We’re really enjoying making Mac apps for you. And that’s just the beginning! 😎