We're really happy to say that SideNotes 1.3 is out. It is the biggest update since 1.0.

Before we start, we need to thank our users. Since the first release, we've received lots of great feedback. Many of the improvements were made because you've suggested them. Ant that makes this app better and better. Thank you!

New SideNotes introduces iCloud Synchronization. It's a huge improvement if you use multiple computers. Enabling this feature is totally optional, so it's up to you if you enable it or not. We must also mention that iCloud synchronization requires macOS 11 or newer.

To distinguish notes, SideNotes offers color bars. Now you can choose between using the bar or having whole background in particular color. 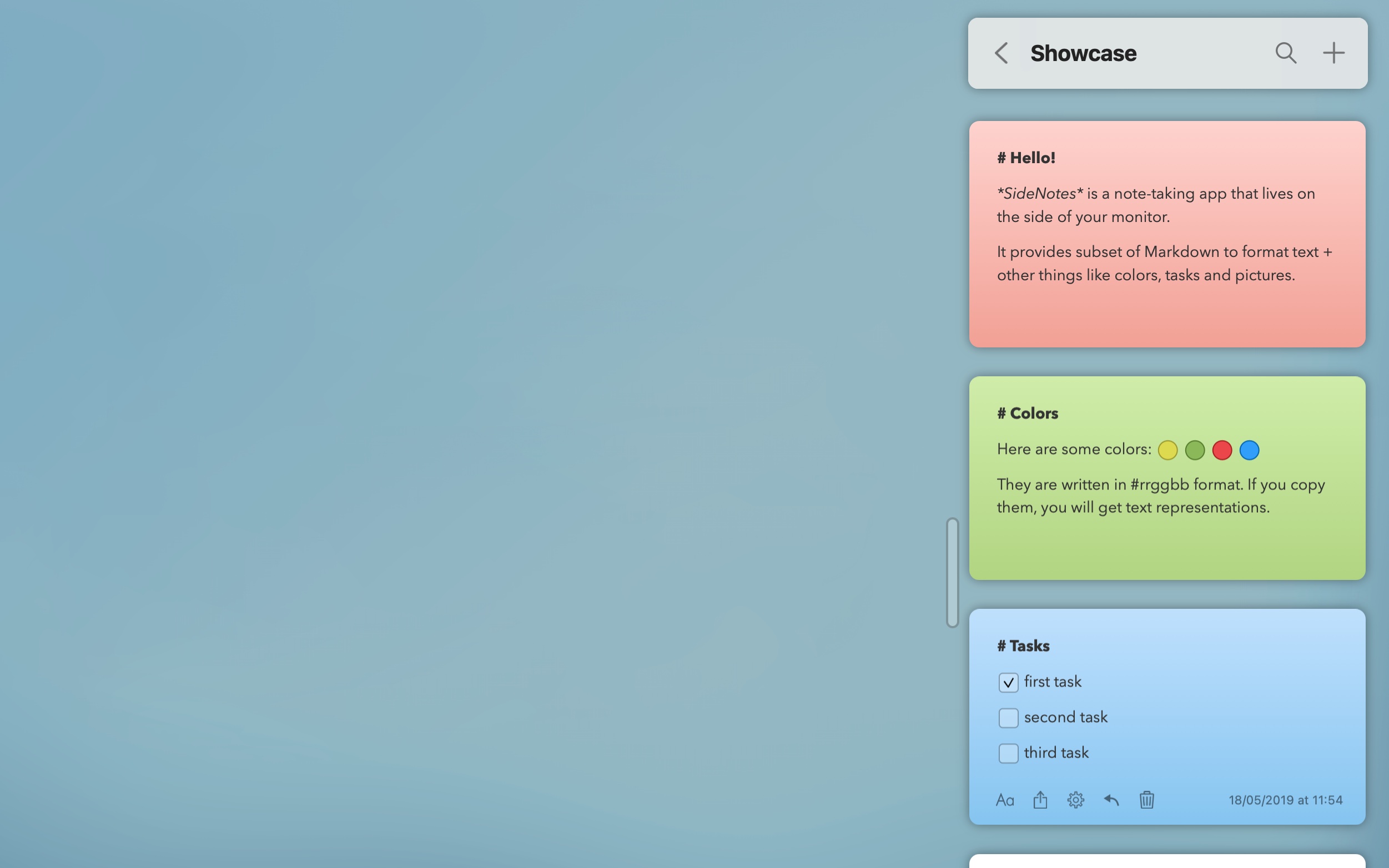 We believe that SideNotes looks great as it is. Since its first launch, it has offered dark and light user interface. But everyone has their own preferences, so we've made Themes. 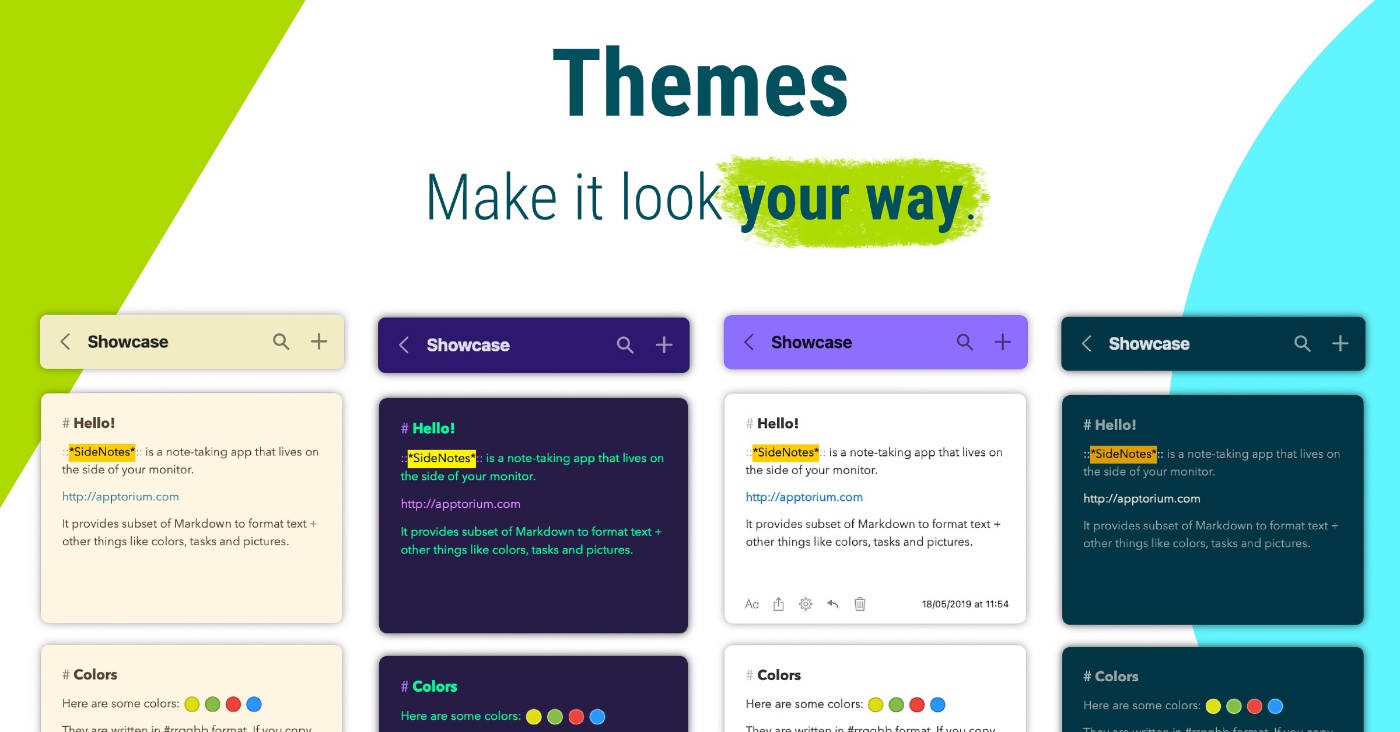 Application provides a few built-in themes. We've also launched an online Theme gallery, so you can get more themes. You can event create your own ones. We described that in Creating Themes article.

That's not all. We've made other nice improvements:

There are also other improvements and fixes. For more, read the Release Notes.